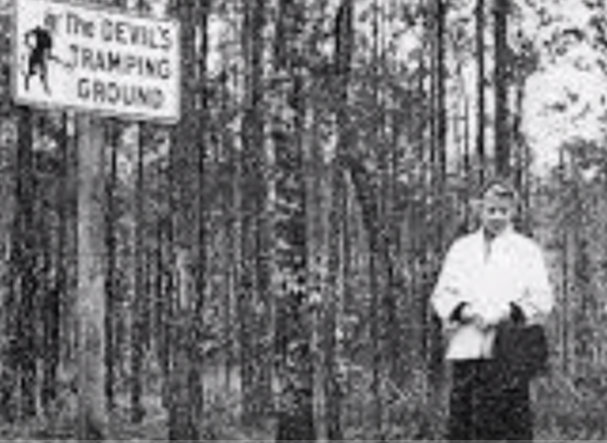 Thrill-seekers all over the world love to feel a jolt of adrenaline when they enter the threshold of a place claimed by the ghosts of years past. If you’re looking for a real scare, try visiting one of these terrifying haunts of the living-impaired, that can only be found in the United States.

Portland, Oregon was said to be home to one of the most dangerous ports in the United States during the early 19th century. It may have had something to do with Portland being the hotspot for a practice known as “Shanghaiing”, which is another word for human trafficking. Local con-men would capture unsuspecting men using trapdoors hidden inside local saloons. These trapdoors would send their helpless victims tumbling into a series of underground tunnels under the city. The captive would then be drugged and transported to the waterfront, and sold as slaves to the ships bound for East Asia. Some of the captive worked for years before finding their way home, but the tunnels are said to be haunted with the frustrated spirits of the imprisoned men who never made it out of the tunnels alive. Watch your step when you visit this haunted web of tunnels under the city, and don’t forget to bring a flashlight.

Infamously a part of pop culture, thanks to Stephen King’s “The Shining”, the Stanley Hotel resides near Rocky Mountain National Park, where it sits as one of the most haunted places in America. Several apparitions and occurrences have been reported by staff and visitors including: loud, crying voices, footsteps in the hallway, bags have been unpacked, lights have turned off and on, and people have reported having their clothes tugged on when they were alone. Freelan Stanley, the hotel’s founder, has been seen many times, along with his wife, dressed in formal clothing in the hallways and on the main stairway. Staff have reported hearing Mrs. Stanley playing the piano in the music room at night.  There is also the ghost of a small child that calls out to his nanny on the second floor. And, “The Shining” plays 24 hrs a day on one of the channels in the guest rooms. Visitors, come prepared. This haunted hotel isn’t for the faint of heart.

Opened in 1864, the Trans-Allegheny Lunatic Asylum was built to maximize sunlight and fresh air in order to provide a healing atmosphere for patients. By the 1950s, it was home to 2,400 patients, 10 times the amount it was built for. Patients were kept restrained, in cages even, and given painful treatments like electric shock therapy or lobotomies. It closed its doors in 1994, due to major reforms in mental health care. During the asylum’s years of operation, hundreds of patients died, and hopeful ghost hunters, and haunted house enthusiasts, have reported seeing their dark figures roaming up and down the abandoned asylum halls. Day tours are available each week, but for a bone-chilling experience, visit during October to participate in a ghost hunt in this haunted relic.

Hidden deep in the woods of North Carolina, is a mysteriously creepy 40-foot circular clearing where nothing will grow, and animals won’t cross. Local legend says it’s because this is where the devil comes to dance every night. People have claimed to see red eyes glowing in the dark, and find that after placing their belongings in the circle in the evening, they find them thrown back out the next morning. A note to all potential visitors, getting your dance card punched by the devil on his haunted dance floor might not be the safest of ideas. Consider yourself warned.

Looming just east of Provo, Rock Canyon is a popular spot for those who are experienced in the sport of rock climbing. Over the years, there have been several deaths as climbers have lost their grip on the steep rock face and plummeted to the ground below. Due to the nature of these deaths, the area is said to be a hotbed of hauntings. The most common mentioned sighting is of a man standing on one of the high ledges of the canyon. He stares down at the living people below before running straight at them in an impossible and terrifying angle down the cliff. Just before he is about to hit the ground, he vanishes into thin air. Climbers and campers, take note, this haunted canyon can terrify even the most experienced outdoors man!

If these terrifyingly real haunted locations are a little out of your reach, we recommend a visit to Utah’s best haunted house, the Strangling Brothers Haunted Circus in American Fork.  Get your haunted house tickets online today!