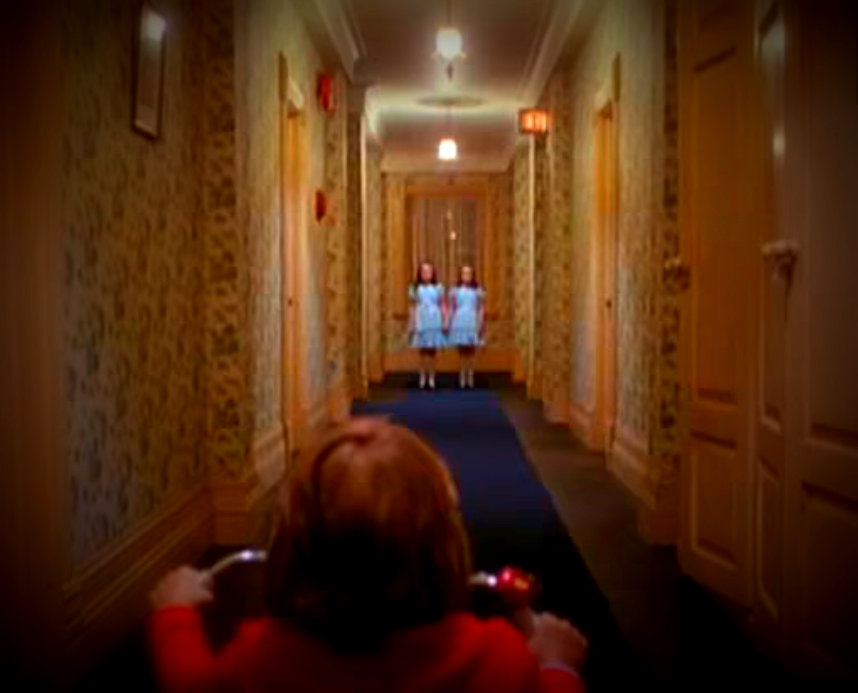 When the Halloween season rolls around, thoughts turn to decorations, parties, costumes and scary movies. There are all kinds of horror movies: aliens, zombies, witches and ghosts. One type of movie seems to top the charts: haunted house films. There is something about a haunted place that seems to attract the imagination, which must be why there are many haunted house movies to choose from. If you need some ideas for an upcoming movie night, here is a list of top 10 haunted house movie picks.

Haunted House Movie Pick 1: The Others (2001)
A woman named Grace retires with her two children to a mansion on Jersey, towards the end of the Second World War, where she’s waiting for her husband to come back from battle. The children have a disease which means they cannot be touched by direct sunlight without being hurt in some way. They will live alone there with oppressive, strange and almost religious rules, until she needs to hire a group of servants for them. Their arrival will accidentally begin to break the rules with unexpected consequences.

Haunted House Movie Pick 2: The Uninvited (2009)
Anna returns home after a stint in a mental hospital, but her recovery is jeopardized by her cruel stepmother and ghastly visions of her dead mother.

Haunted House Movie Pick 3: Paranormal Activity (2009)
After a young, middle class couple moves into a suburban ‘starter’ tract house, they become increasingly disturbed by a presence that may or may not be somehow demonic but is certainly most active in the middle of the night. Especially when they sleep. Or try to.

Haunted House Movie Pick 4: Thir13en Ghosts (2001)
When Cyrus Kriticos, a very rich collector of unique things dies, he leaves it all to his nephew and his family. All including his house, his fortune, and his malicious collection of ghosts!

Haunted House Movie Pick 5: Poltergeist (1982)
A young family are visited by ghosts in their home. At first the ghosts appear friendly, moving objects around the house to the amusement of everyone, then they turn nasty and start to terrorise the family before they “kidnap” the youngest daughter.

Haunted House Movie Pick 6: The Shining (1980)
Signing a contract, Jack Torrance, a normal writer and former teacher agrees to take care of a hotel which has a long, violent past that puts everyone in the hotel in a nervous situation. While Jack slowly gets more violent and angry of his life, his son, Danny, tries to use a special talent, the “Shining”, to inform the people outside about whatever that is going on in the hotel.

Haunted House Movie Pick 7: The Amityville Horror (1979)
Based on a true story that was claimed by writer Jay Anson, The Amityville Horror is about a large house on the coast of Long Island where newlyweds George and Kathy Lutz and their three children move into the house that they hope will be their dream house which ends up in terror. Despite full disclosure by the real estate agent of the house’s history, George and Kathy buy the house. George says, “Houses don’t have memories,” but they turn to their family priest Father Delaney who believes the house is haunted and performs an exorcism on the house. But satanic forces in the house causes him to become blind and makes him very sick. With the help of another priest Father Bolen and a police detective, George and Kathy face the fears of the house, but not knowing the forces are planning to possess George and then the children.

Haunted House Movie Pick 8: The Pact (II) (2012)
As a woman struggles to come to grips with her past in the wake of her mother’s death and the disappearance of her sister, an unsettling presence emerges in her childhood home.

Haunted House Movie Pick 9: The Haunting in Connecticut (2009)
Charts one family’s encounter with the dark forces of the supernatural. When the Campbell family moves to upstate Connecticut, they soon learn that their charming Victorian home has a disturbing history: not only was the house a transformed funeral parlor where inconceivable acts occurred, but the owner’s clairvoyant son Jonah served as a demonic messenger, providing a gateway for spiritual entities to crossover. Now terror awaits when Jonah, the boy who communicated with the dead, returns to unleash horror on the innocent and unsuspecting family.

Haunted House Movie Pick 10: The Changeling (1980)
It was the perfect family vacation for composer John Russell and his family when a freak automobile accident claims the lives of his wife and daughter. Consumed by grief, John, at the request of friends, rents an old turn of the century house. Mammoth in size, the house seems all the room that John needs to write music and reflect. He does not realize that he is not alone in the house. He shares it with the spirit of a child who has homed in on John’s despair and uses him to uncover decades of silence and deceit.

Whether or not you are into haunted house movies, Strangling Brothers Haunted Circus invites you to experience their haunted house in American Fork, Utah this Halloween season. This year, when the lights go out, the freaks come out! Get your haunted house tickets online now!