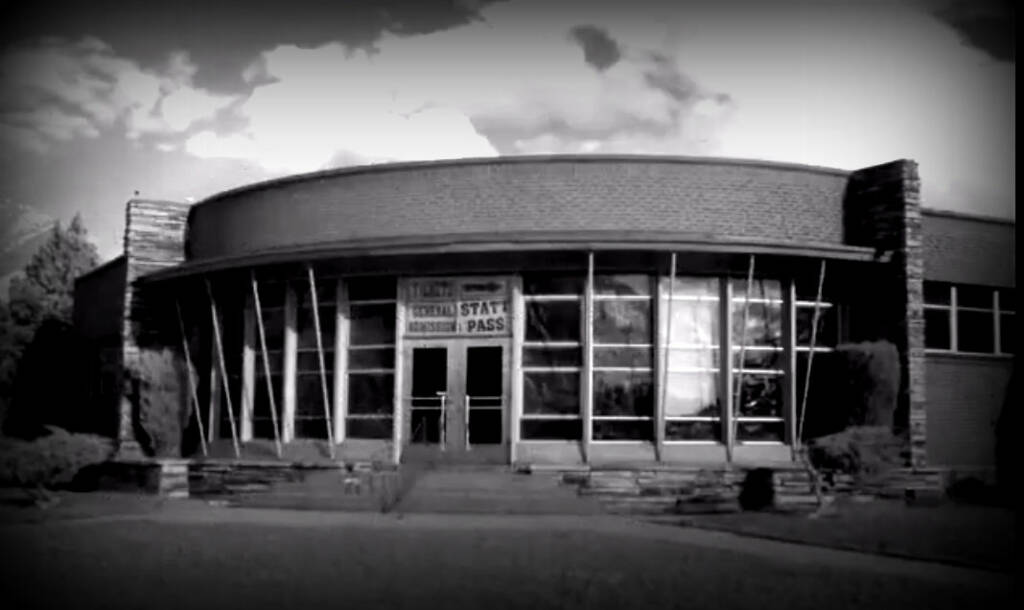 Utah may be known for its mountains and red sand vistas, but it also should be known for its local haunted spaces. Those looking to connect with the paranormal should spend some time checking out these local haunts, but proceed with caution, and don’t go alone.

In the heart of Salt Lake City, a beautiful theater stands, first opened in 1913. The Capitol Theater is known as a place to experience all the fine arts have to offer, but it is also a place to spend time with those from years past, who still haunt the theater’s extravagant halls. In 1949, a fire broke out in the theater during a show. Everyone was thought to be evacuated, while the fire burned for over an hour. Found in the basement later, burned to death, was a 17 year old named Richard Duffin, who has now become a regular guest at the theater. Several staff have reported seeing him, especially during Nutcracker season. RIchard’s ghost is known to trigger stage light malfunctions, slam doors, and move file cabinets. One security guard reports the elevator coming to his floor with no one on it, and when he stepped inside to check it out, the button for the basement lit up, and the elevator began to descend to the place where Richard Duffin lived his final moments. Theater-goers may expect more than just a good show when visiting Utah’s Capitol Theater!

Grafton is one of Utah’s most well known ghost towns. Founded in 1859, settlers began having serious problems immediately. Flooding from the Virgin River in 1862 forced them to move the town a mile upriver, but more problems continued. Deaths from disease killed entire families, problems with local indigenous populations caused more deaths, and the harsh realities of living on such desolate land befell them constantly. By 1890, most had abandoned the tiny town. The small cemetery is a great depiction of the reality of life there, as it has over 80 graves. Visitors report an eerie feeling throughout the town. Some have reported seeing a woman wearing a calico dress with her hair up in a bun wandering among the headstones of the little cemetery, and she appears to be sobbing. Originally, it was thought that she was in costume as part of the ghost town, but as they approached her, she vanished into thin air.

Samuel F. Lee built his home in 1873. By 1913, it had been turned into a home for the elderly. Today it is still used as a nursing home, but is very unique in that half is actually considered one of the most haunted places in Utah. Several visitors have witnessed a young girl, a ghost named Jessica, who follows them around. Others have seen a former patient named Wes, and the original owner Samuel. In the abandoned section of the hospital, people report a very dark and vengeful force, and most try to avoid that area in order to avoid whatever evil lies in wait for them. If you visit this terrifyingly haunted hospital, be sure to know where all the exits are.

In the sun-soaked southwest corner of the state, lies the small campus of Southern Utah University. Faculty and students have experienced a plethora of paranormal activities on campus. Ghost hunters often stumble upon a very unnerving spirit named Virginia, who likes to play haunting tunes on her flute in the middle of the night. Virginia was found murdered, in 1898, atop a large piece of sandstone in the nearby hills. That stone was later used to build Old Main, the original building on campus, to which she is now forever bound. She is blamed for a fire that started in that building in 1948, the 50th anniversary of her death. The morning of the fire, a man had begun his first shift as a custodian on campus, and, as it turns out, this man was the person acquitted of committing her murder 50 years before. Students have also reported seeing her through the windows late at night. Another ghostly visitor is a long-deceased pianist who stops by the Braithwaite Fine Arts Gallery to play her own rendition of “Deep Purple”.

If you’re not ready to experience one of Utah’s terrifyingly real haunted spaces, we recommend a visit to Utah’s best haunted house, the Strangling Brothers Haunted Circus in American Fork. Get your haunted house tickets online, today!